NATO to Begin Afghanistan Withdrawal May 1

NATO foreign and defense ministers agreed on Wednesday to begin withdrawing forces from Afghanistan on May 1 following the announcement from President Biden that U.S. forces will leave by Sept. 11.

“Currently, we have around 10,000 troops in Afghanistan, the majority from non-U.S. allies and partner countries. We have been closely consulting on our presence in Afghanistan for the last weeks and months. In the light of the U.S. decision to withdraw, foreign and defense ministers of NATO discussed the way forward today, and decided that we will start the withdrawal of NATO support mission forces by May 1.” “Twenty years ago after the United States was attacked on 9/11, this alliance invoked Article 5 for the first time in its history. An attack on one is an attack on all. Together, we went to Afghanistan to root out al Qaeda, and prevent future terrorist attacks from Afghanistan directed at our homeland. Now, we will leave Afghanistan together and bring our troops home.” “Our troops have accomplished the mission that they were sent to Afghanistan to accomplish. And they have much for which to be proud. Their services and their sacrifices, alongside those of our resolute support of Afghan partners, made possible a greatly diminished threat to all of our homelands and homelands of al Qaeda and other terrorist groups.” 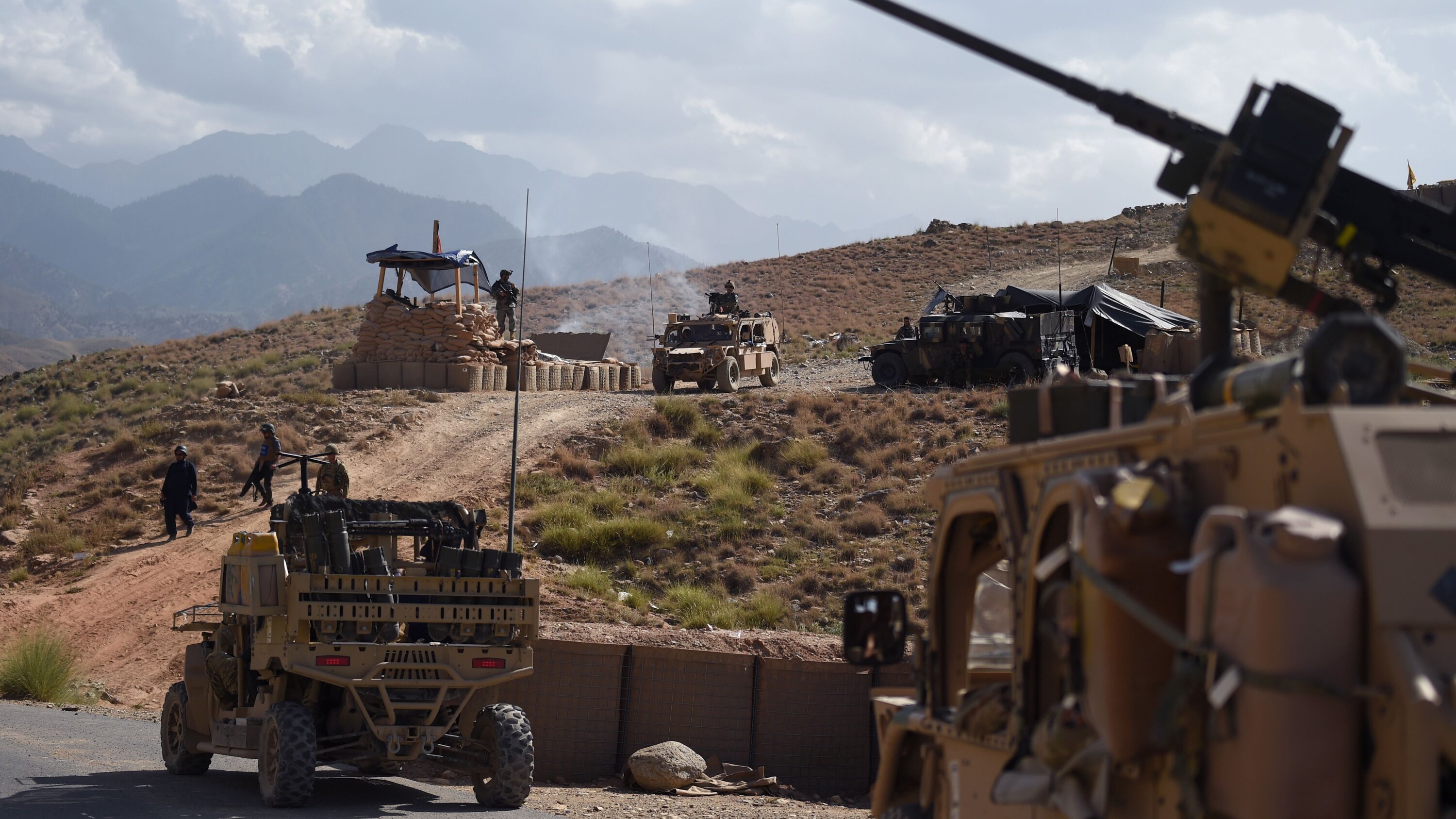 NATO foreign and defense ministers agreed on Wednesday to begin withdrawing forces from Afghanistan on May 1 following the announcement from President Biden that U.S. forces will leave by Sept. 11.CreditCredit…Wakil Kohsar/Agence France-Presse — Getty Images

BRUSSELS — Following the news that the United States was pulling all its troops from Afghanistan by Sept. 11, NATO’s foreign and defense ministers agreed on Wednesday to begin withdrawing NATO forces on May 1 and finish “within a few months,” the alliance said in a statement.

The allies support efforts for “an Afghan-owned and Afghan-led peace process,” the statement said, and called the withdrawal “the start of a new chapter.”

At the moment, of the 9,600 NATO troops officially in Afghanistan, about 2,500 of them are American, though that number can be as many as 1,000 higher. The second-largest contingent is from Germany, with some 1,300 troops.

In a news conference after the meeting with Secretary of Defense Lloyd J. Austin III, Secretary of State Antony J. Blinken said that the NATO troop withdrawal by Sept. 11 did not mean an end to the American commitment to Afghanistan, which would include aid and advice to the military and to the government. Today, he said, NATO “began to hammer out what ‘out together’ looks like.”

Mr. Austin said he fully supported President Biden’s decision to leave, and he thanked NATO allies and American troops for their sacrifices. “Our troops have accomplished the mission for which they were sent to Afghanistan to accomplish, and they have much to be proud of,” Mr. Austin said.

Earlier, speaking at NATO headquarters, Mr. Blinken insisted that the two-decade military mission in Afghanistan had been a success.

After the attacks on the United States on Sept. 11, 2001, “Together we went into Afghanistan to deal with those who attacked us and to make sure that Afghanistan would not again become a haven for terrorists who might attack any of us,” Mr. Blinken said.

“We have achieved the goals we set out to achieve,” he added. “Now it’s time to bring our forces home.”

In brief remarks, he limited those goals narrowly to antiterrorism, not mentioning the larger NATO efforts to liberate women, help girls to attend school and shift agriculture away from growing opium poppies.

Some current and former American officials agree that Afghanistan is not expected to emerge as a terrorist threat to the United States in the short term, but they say that the question is more difficult to assess in the long run.

The German defense minister, Annegret Kramp-Karrenbauer, referring to NATO, told the German television station ARD on Wednesday: “We always said, ‘We’ll go in together, we’ll leave together.’ I am for an orderly withdrawal and that is why I assume that we will agree to that today.”

NATO allies had been waiting for Mr. Biden to decide on a withdrawal deadline and have had consultations with U.S. officials. It was important now, Ms. Kramp-Karrenbauer said, “for us in NATO to synchronize our planning with the U.S. planning.”

The Atlantic alliance’s troops rely on the Americans for force protection, logistics and intelligence and would be highly vulnerable if they remained after the United States left.

The NATO ministers will also address a buildup of Russian troops at the border with Ukraine, the alliance’s secretary general, Jens Stoltenberg, said on Wednesday, appearing alongside Mr. Blinken. “Russia must end this military buildup, stop provocations and de-escalate,” Mr. Stoltenberg said.

NATO will discuss how to demonstrate further support for Ukraine and also plans for the next meeting of the alliance sometime this year, Mr. Stoltenberg added.

The American secretary of defense, Lloyd J. Austin III, is scheduled to join Mr. Blinken at the NATO meeting after a visit to Israel and Germany.

After the gathering, Mr. Blinken will meet with the foreign ministers of Britain, France and Germany, the other members of “the Quad,” to discuss Afghanistan, Ukraine and the continuing talks in Vienna about how to restore the 2015 nuclear agreement with Iran.

Those talks are expected to resume this week. They have been complicated by the blackout at the Natanz nuclear enrichment plant in Iran, which was reportedly the result of an attack by Israel, and by the responses from Tehran, which have included an attack on an Israeli ship and a vow to begin enhancing uranium enrichment from 20 percent to 60 percent, levels banned under the accord and closer to weapons-grade.

The Iranian moves were criticized in a joint statement from the British, French and German foreign ministers on Wednesday.

The statement called Iran’s moves “particularly regrettable” when the Vienna meetings had made progress. “Iran’s dangerous recent communication is contrary to the constructive spirit and good faith of these discussions,” it noted.

Iran maintains that its nuclear program is purely civilian.

The German Foreign Ministry said that the main topic of the separate meeting of foreign ministers from the Quad would be Afghanistan. Although France pulled its troops out of Afghanistan years ago, the country remains deeply involved in the Iran talks. The Vienna negotiations are trying to bring both the United States and Iran back into compliance with the accord, from which President Donald J. Trump withdrew in May 2018. In response, Iran began to breach enrichment levels, calling its actions “remedial.”

These 14 House Republicans Voted Against a Juneteenth Federal Holiday

Is the U.S. in Crisis? Republicans Want Voters to Think So.

For Republicans, ‘Crisis’ Is the Message as the Outrage Machine Ramps Up